Only a few hours after the HomePod got officially discontinued, people on Twitter started discussing about future speaker products by Apple. Content creator and concept designer @BenGeskin [1] posted a concept image of an "Apple HomePad", a mix between iPad and HomePod. 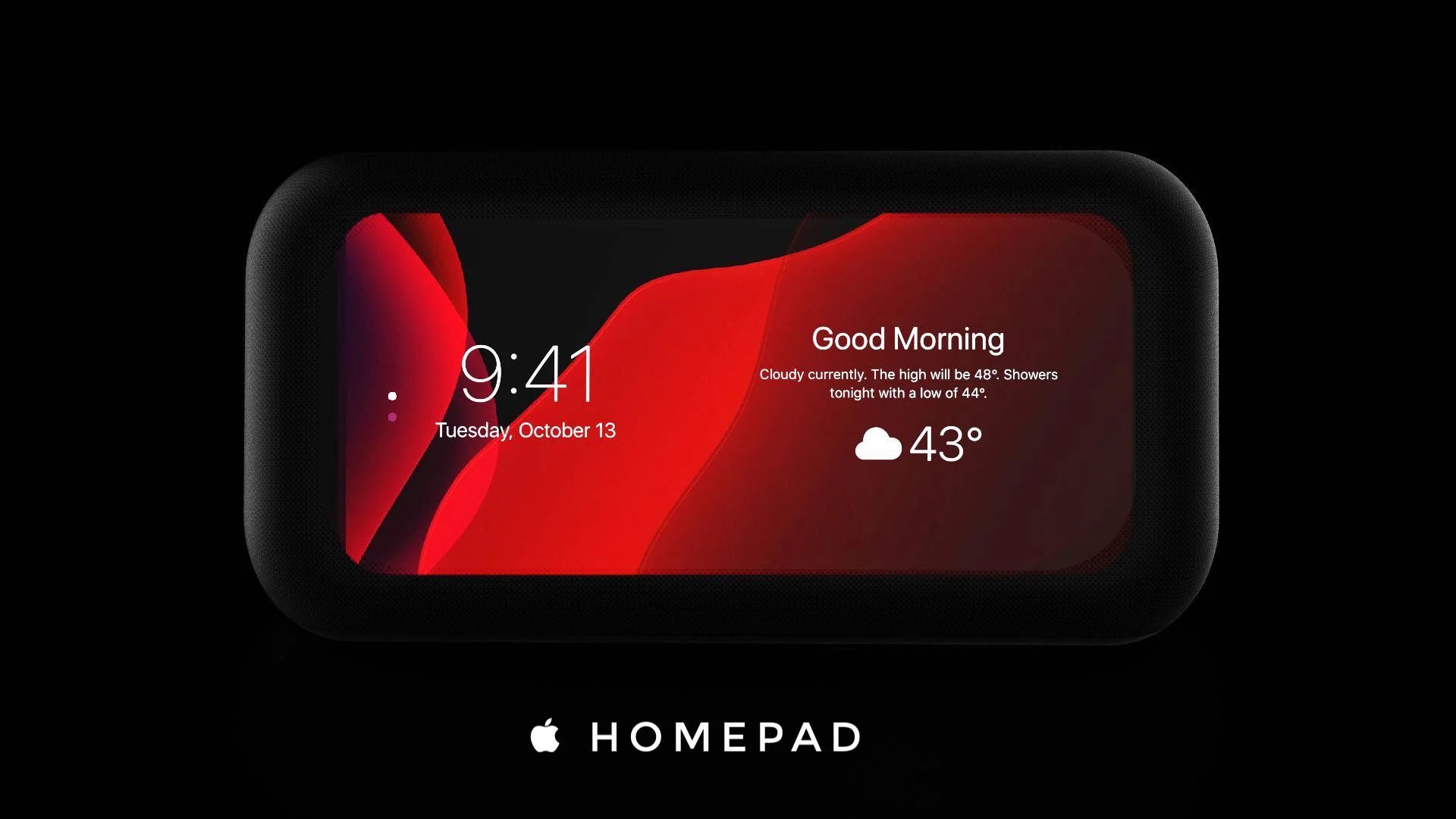 The image shows a screen embedded in a speaker displaying time, date, and weather. But these wouldn't be the only features for such a speaker. With iOS as operating system, the HomePad could act like a Streamdeck with shortcuts, a home app to control lights and other smart accessories or a music UI showing lyrics and buttons to control the music.

The current HomePod and HomePod Mini already run tvOS, so a switch to iOS seems possible. Apple already proved that they can use iOS in other screen-related products like the Touchbar on their MacBook Pro lineup. It shouldn't be too hard for them to implement it into a speaker too.